Within the template itself, The Wizarts supplied a complimentary choice of typography and layout. These design choices needed to take into consideration the target market of the Journal. As it would be read by people of all ages and walks of life, it needed to be legible and stylish.

As the Feldenkrais Australia Journal October 2018 contained many long articles, we interspersed the articles with photos and images. In addition, several levels of hierarchy used in the articles made the information easy to consume. Furthermore, we gave the layout plenty of clean white space which made it easy to read.

Most importantly, The Wizarts used the guilds colour scheme to bring an atmosphere of ease into the Journal. For example, teal from the logo was used to create sections in the Journal. Similarly, the teal loops from the logo can be seen as a watermark on several pages.

Established in 1987, The Australian Feldenkrais Guild Inc (AFG) is a non-profit membership organisation established to promote and advance the Feldenkrais Method® in Australia, to verify and maintain training standards, and to represent its members in liaison with Feldenkrais Guilds throughout the world.

In conclusion, you can expect uniquely brochure designs tailored to your tastes as received by the Australia Feldenkrais Guild. We will supply you with what you need and more. Feel free to contact us and discuss your artwork needs today! 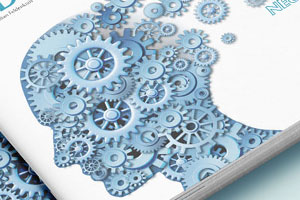